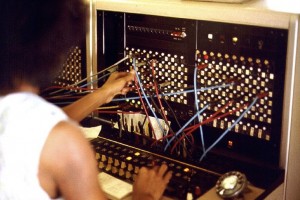 An IP PBX or private branch exchange is a system that switches voice calls between VoIP users allowing everyone to share internal communications plus potentially routing calls to external phone lines.

With a conventional PBX, separate networks are necessary for voice and data communications. One of the main advantages of an IP PBX is that it converges data and voice networks – making internet access, VoIP communications,  traditional telephone communications, and signal routing all possible using a single line to each user.

Early on during the emergence of #ds106radio I started doing some tinkering to potentially devise a replacement for Papaya for mobile broadcasting.  As fun as Papaya is with #ds106radio it is only available for Apple mobiles via iTunes, is not free, and limits distributed mobile broadcasting to “pass the mic” arrangements.

While pass-the-mic works great and is fun for many types of radio antics I wanted to find a straightforward means for users to access #ds106radio broadcasting:

To accomplish this I adopted Asterisk – a robust open source PBX software platform.  Asterisk supports SIP (session initiation protocol) – a popular signaling protocol used for controlling voice and video calls over IP (internet protocol) facilitating two-party voice communication sessions (unicast) and multiparty (multicast) sessions.  Asterisk also has an extensive library of modules that extend the core functions of the PBX – and as luck would have it one designed to work specifically with Icecast.

When I connect the PBX to #ds106radio next week any time someone calls 106 on their SIP enabled softphone any calls to the 106 conference room will go /LIVE to air after a 60 second delay.  I believe that the PBX I have setup has the horsepower to support up to 20 concurrent extensions – so this could get interesting.

My tests this weekend were very successful and things appear to be ready to roll for this new approach to distributed, freeform radio, but I need to test and fine tune a few things on the PBX before connecting #ds106radio Icecast /LIVE mount to the PBX.

This is where you can help.  Let’s generate a list of free SIP softphones from a range of mobile platforms and operating systems and test them this week.  So far I have successfully tested two: 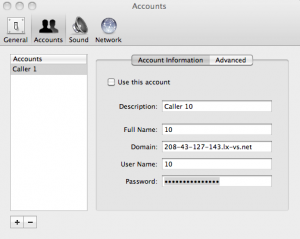 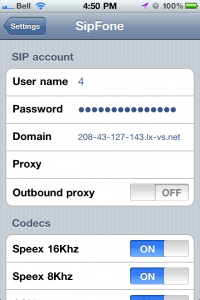 If you test out the connection using different mobile or desktop apps let me know in the comments. Looking forward to exploring this approach to freeform webradio and test its limits and potential.