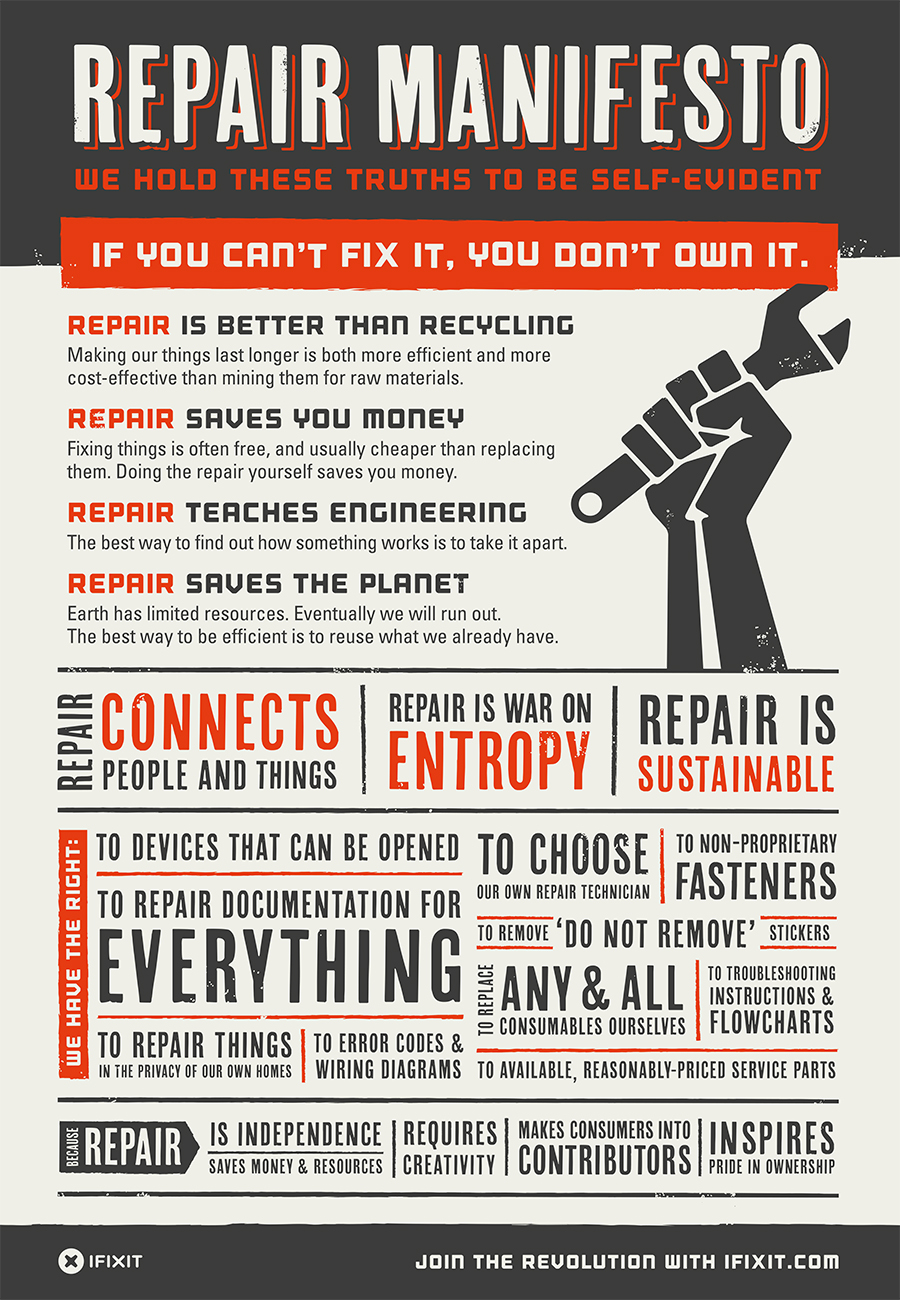 My son has been using an old laptop of mine since 2017 – an early 2011 Macbook Pro.  It is his workhorse for his electronic music creations with thousands of hours of heavy use.  This model lies within the units containing the notorious GPU issue that prompted a class action lawsuit against Apple.  Apple responded to this class action lawsuit with a repair extension program. Back in 2016 the GPU on this Macbook failed as per the design flaw but luckily the repair extension program afforded me a new logic board installed free of cost.  Problem is – as this replacement board still suffered the same design flaw, the chances of it happening again were high.  Of course – it happened again .. but this time I discovered at the Apple Store that the repair extension program expired December 2016 and that the replacement logic board would be nearly $1500.   During my brief stay at the Apple Store ‘Genius Bar’ I inquired about possible options for repair and showed them that the laptop display worked fine with a bootable Linux distro via USB and that I was convinced it was repairable issue related to OSX and the Macbook hardware.  The response … “it’s an old laptop, you should probably just get a new one.”

The 2011 MacBook Pro has 2 very capable GPUs inside. One is AMD Radeon, and the other is an Intel GPU.  Some StackOverflow digging revealed that some firmware tweaks can effectively bypass the AMD Radeon GPU at boot and force use of the integrated Intel GPU.  While some of the firmware mod methods varied, they all used a Linux distro on a bootable USB.  I setup a USB drive with Arch and set about applying the mod.

After applying edits to /sys/firmware/efi/efivars/ and gpu-power-prefs in the Arch console and rebooting the Macbook I was thrilled to discover that the display issue was mitigated, but not completely resolved as the display still suffered from an occasional flicker.  The tutorials I found online also indicated that a hardware mod might be needed on some Macbook models which involved removal of a resistor that controls power to the Radeon GPU – effectively cutting all power to the GPU.  I found a diagram of my logic board the clearly identifies the location of resistor (r8911) and popped the bottom cover off my laptop. 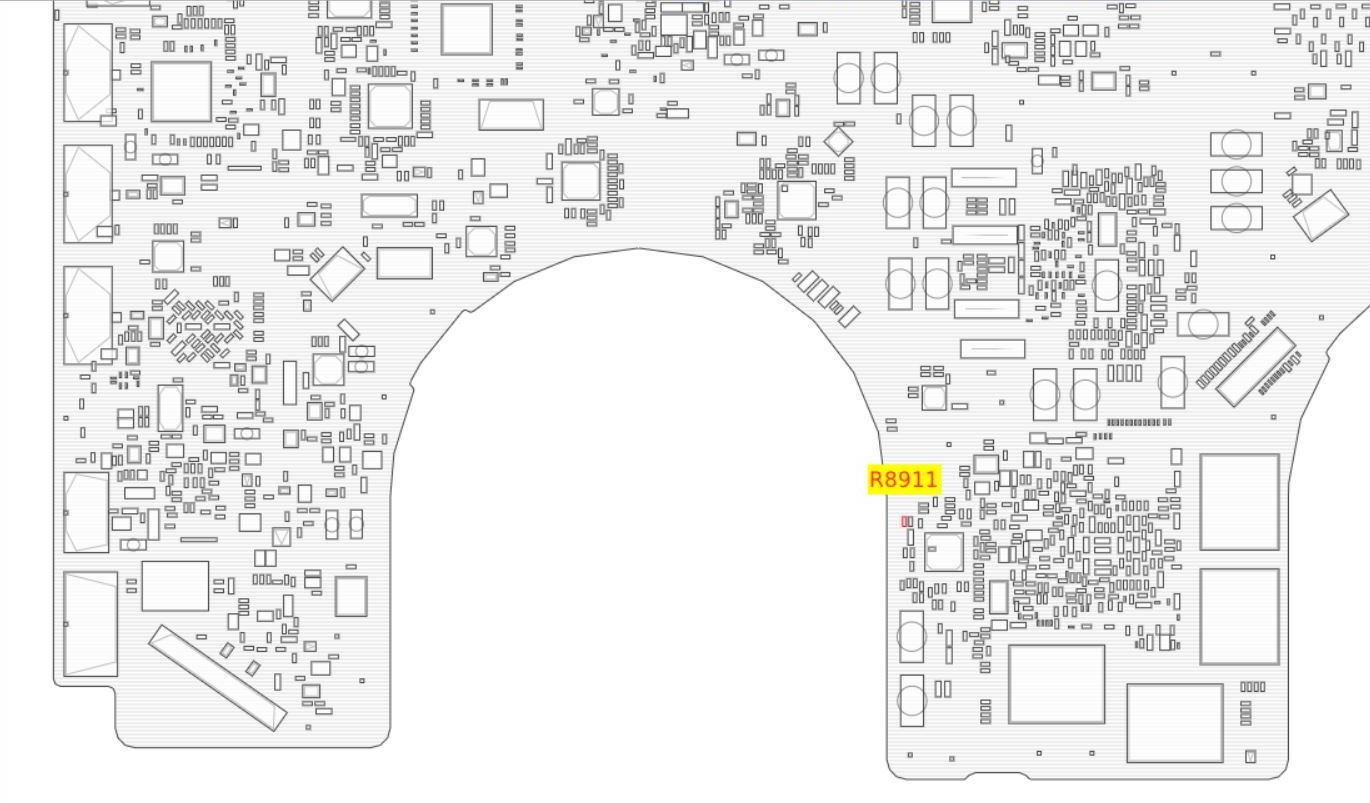 Jeff Geerling has a great illustrated tutorial with photos showing just how tiny this resistor is.

A steady hand with a fine tipped soldering iron completed the fix – a new life in the Macbook Pro.

This entire process illustrates the assertions of the Right To Repair movement.

Manufacturers have had the incentive to monopolize repair since the dawn of the computer era. As early as 1956 IBM was found in contempt of anti-monopoly laws, and was forced to allow a market for used equipment and independent repair in the form of the 1956 Consent Decree. Repair became an openly competitive business which has been the norm for the computer industry until roughly 1996 – when the Consent Decree was completely lifted.  Independent repair of computers has been in steady decline ever since.

According to an internal Apple service document, any Mac with an Apple T2 chip will soon require the proprietary ‘Apple Service Toolkit 2 (AST 2) System Configuration Suite’ to complete certain repairs. Owners or third-party repair services will not be able to fix MacBooks that suffer from issues with the display assembly, the logic board, the keyboard and trackpad, and the Touch ID board as failing to use the AST2 config suite will apparently brick your device.  After replacing a part, the AST2 configuration suite connects to Apple’s Global Service Exchange (GSX) server to perform performance and compatibility checks for the new parts. Without this software, an internet connection, and approval from Apple’s servers, the repair is considered incomplete and the device is bricked.

These types of business practices are spreading:

5 thoughts on “Right To Repair”